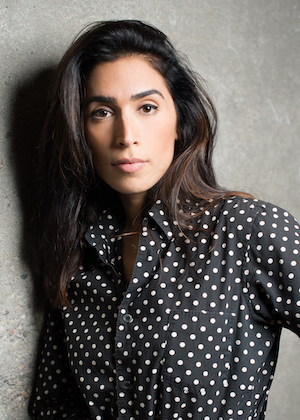 Yasmin Green is the Director of Research and Development for Jigsaw, a unit within Google building technology to make the world safer from global security challenges.

In her role, Yasmin leads an interdisciplinary team to forecast threats and validate technology interventions. She has pioneered new approaches to counter violent extremism and state-sponsored disinformation, including seeding the world's first online network of former violent extremists and survivors of terrorism; launching a new advertising-based program to confront online radicalization, called the Redirect Method; and informing cross-platform responses to coordinated disinformation campaigns.

Yasmin actively advises and leads security initiatives outside Jigsaw. She is a Senior Advisor on Innovation to Oxford Analytica and the Harvard Belfer Center’s Defending Digital Democracy Project, a member of the Aspen Cyber Strategy Group, an Anti-Defamation League board member, and a co-chair of the European Commission's’ Working Group on Online Radicalization from 2014-2015. Additionally, Yasmin has been named one of Fortune’s “40 Under 40” most influential young leaders and one of Fast Company's “Most Creative People in Business,” and serves on the Board of the Tory Burch Foundation.

Yasmin has a First-class honours B.Sc. in Economics from University College London and an M.Sc. in Management from the London School of Economics and the University of Chicago Graduate School of Business.